"Just wanted to let you know I got the 58 today and it's BEAUTIFUL. Absolutely perfect. I can't tell you how happy I am, it's even better than I hoped- looks straight from the factory, and there's zero play in the folding stock. An your packing job is the best I've seen yet (and I get a lot of guns shipped to me)...  Just went through the paperwork you sent and saw the notes and test target- holy shit I've never had anyone zero a build before. " 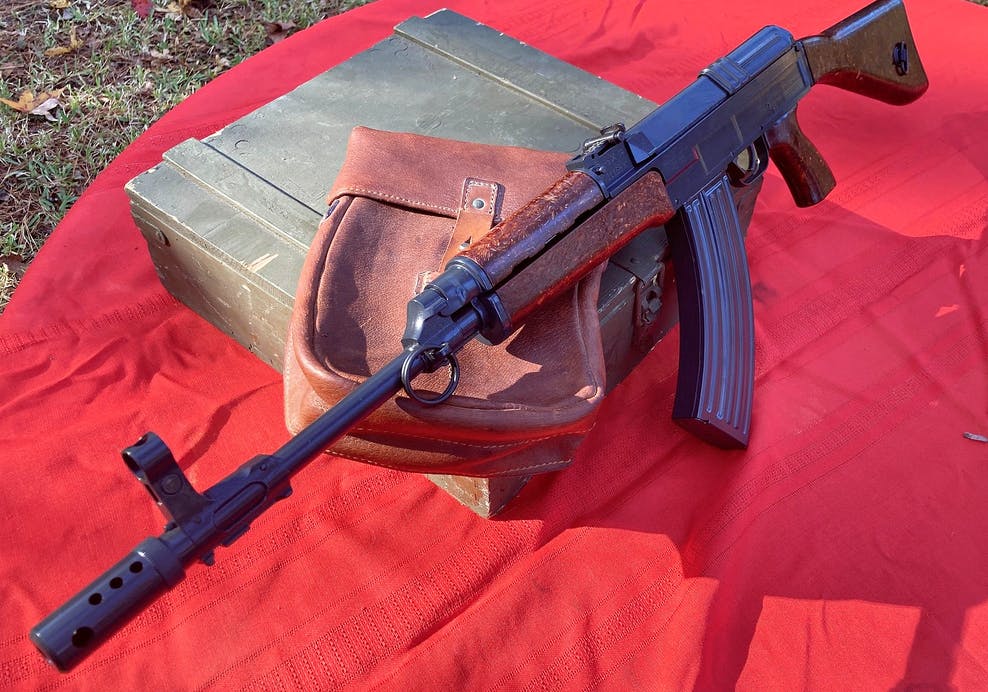 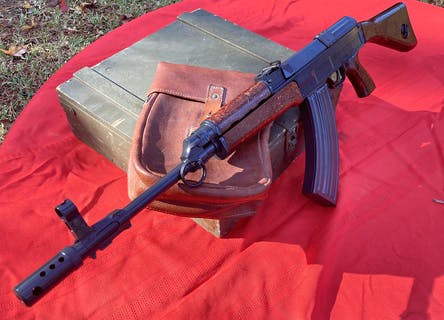 Please scroll down to see what our customers say about the product and service they've received from Samopal.

We appreciate each and every one of you for taking the time to give your feedback and submitting a photo of your firearm so we can share with others.  It means a lot to us. Thank you!

"When I first saw a Vz.58 I couldn’t help but be intrigued by its design. I became interested in acquiring one a about a year ago and went down a few rabbit holes trying to find the right option for me. Then I found Samopal and I knew the choice I had to make. For collectors who have to scratch that historical itch this is the right place for you.

Samopal helped me to find a unique experience in the Vz.58 market that no one else could compete with. I opted for the blue finish due to my phenolic furniture being a lighter red. The contrast really pops with the rifle and I’m glad I did. The quality and finish in the rifle is superb and I couldn’t be happier or more impressed. The military markings I opted for are excellent and can only be found at Samopal.

It looks like a rifle that just came off the assembly line at Česká Zbrojovka. In fact I believe it to be better built than the original Vz.58 rifles. I’d like to thank Dan at Samopal for the quality customer service and the beautiful rifle he has provided me."

"Very happy with my shiny new-old rifle! Taken it to the range twice now and twice people have approached to ask me about it. Eats steel and brass with no issues. Pictured is the very best I can do off hand with Red Army Standard at 50yds, the rifle is definitely capable of better.

The order process was easy and Dan was very prompt in communicating. I will be using Samopal's services again soon, this time for a Vz 61."

"The rifle shot great.  Just under 1 and a half inch at 100 yards with wolf military classic 124 gn.  That ammo always shoots good for me.

The rifle ran like a clock as well.  Much smoother shooter than an ak.  More like an sks.  Thanks for building a quality rifle.  You are an excellent gunsmith."

"I highly recommend Samopal for vz builds. Dan creates beautiful rifles, is very communicative,  and very detail oriented. The price was exactly as quoted. My only regret....only having 1 vz58 kit to have him work his magic on. Thanks Dan!"

"I truly appreciate your help on this build Dan. It's a beautiful looking rifle and I look forward to many years of use.  Put about 100 rounds through it.  Zero issues.

The rifle ran like a champ and is quite a pleasure to shoot.  Such a quality build!!  As I mentioned, I have another kit I'll send in the coming weeks."

"Incredible!!  Some of the nicest builds I've seen.  I'm keeping one for my collection.  Wanna do 2 more??"

"Just wanted to let you know I received my rifle. The pictures did not do it justice.  It looks like a brand new rifle !!  I just can't believe this is the end result of what I sent you.  Truly amazing.

I looked all over it for some type of "signature" engraving; "Brought back to life by Dan Brown"  "Resurrected by Samopal-USA", something.  And I would've been happy.  An artist always signs his work.   Those in the know can tell right away, but the only way a newbie would know is when I tell them.  I appreciate the sighting in and the proof target of same.

Thanks again, it was well worth the wait and every penny spent and then some.  I know we'll be doing business again in the future."

"The guns came in today and they look great!  Trigger is very nice.  I won’t have time for an action shot, but here is the tactical one posing (without my strap)."

"I received the rifle today and it looks great.  Pictures definitely don’t do it justice.  Thank you very much for the excellent build! "

"I was exceptionally pleased with the outcome of my two rifle builds done by Samopal USA. Dan is truly a master at his craft and it shows in the quality and attention to detail on both builds.

Not only does he take pride in his work but he also clearly concerns himself with the satisfaction of his customers. Throughout the builds Dan provided consistent communication and thoughtful advice on specific details and questions that I had. His feedback and updates provided me an assurance my money was well spent before ever seeing the final product.

I would recommend Samopal USA to anyone!"

"This is artwork. Thanks again for your help."

"Just wanted to let you know I got the 58 today and it's BEAUTIFUL. Absolutely perfect. I can't tell you how happy I am, it's even better than I hoped- looks straight from the factory, and there's zero play in the folding stock.

And your packing job is the best I've seen yet (and I get a lot of guns shipped to me)...

Just went through the paperwork you sent and saw the notes and test target- holy shit I've never had anyone zero a build before."

"The trigger upgrade is a hands down must do. The quality and feel surpassed my expectations and couldn't be happier. On top of that, the customer service was quick and transparent. Very happy with the whole experience. -Cole, Alaska 2023"

"I appreciate the care Dan puts into his work, marking sure everything is perfect.

My Vz58 had weak ejections with the standard Russian ammo.  Some of the ejected casings fell back down into the large port and jammed it, something that is not supposed to happen.  Dan gradually reamed the gas port at the range, and test fired it, until the amount of gas was just right.  He then carefully went over the other internals on the rifle.

He installed and adjusted the wire stock on the SBR Vz61.

His refinish work, estimated turn around time, ease of communications, and packaging for shipment are second to none.  Having a gunsmith that is knowledgeable, highly trained, and meticulous is priceless."

"Dan not only does world class work, but is incredibly easy to work with. He honored a months old quote, despite price changes between the quote and when I sent the parts kit in, and worked with me to recreate the proper military markings on my build (down to the “1” and “30” safety position markings on original military rifles).

He also built the weapon as a pistol, and later refinished the butt stock, so I can SBR the weapon and return it to the closest possible approximation of its original military configuration.

Beyond that, the parts kit I sent Dan was in rough shape and I cannot believe how he was able to revitalize it. If not for some of the markings/patterns in the phenolic furniture I could identify looking at pictures of the original parts kit, I would have sworn he replaced the furniture I sent him with new furniture.

It is an honor to have this VZ-58 as part of my historic military arms collection, and I cannot wait to file the form 1 so I can install the buttstock and take it to the range."

"Just wanted to thank you for all the work you put in on my Vz.61, it's freakin amazing. It looks perfect like it came from the factory and the trigger is now actually serviceable (and not bad to boot).